The Future is in Today’s Battlefields with AI 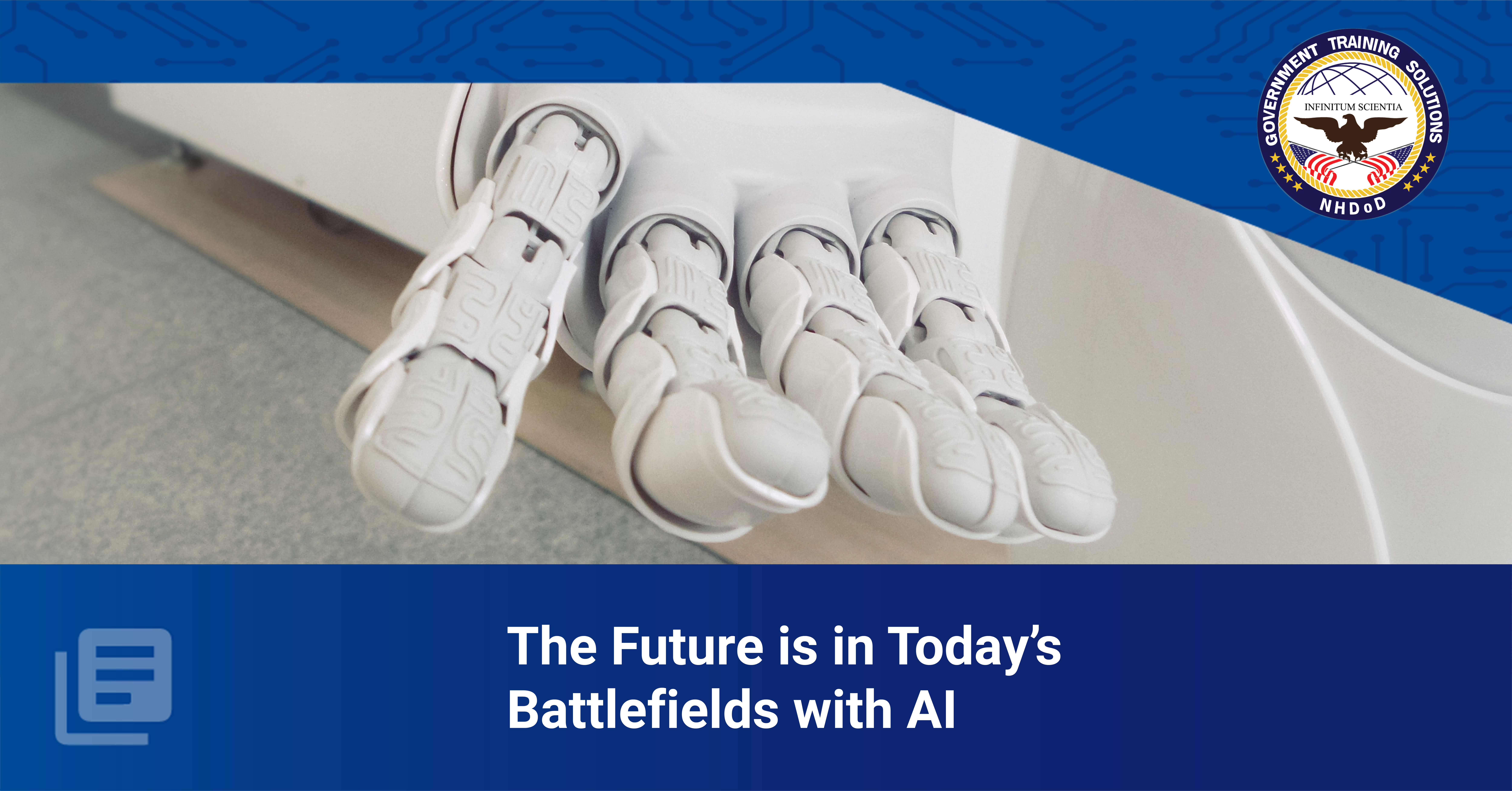 The use of new-generation information technologies such as big data, cloud computing, Internet of Things (IoT), artificial intelligence (AI), blockchain, etc., to build a "smart chain" for the entire process of discovery, reporting, decision-making, disposal, and evaluation of border and coastal defense. Building such smart systems will be a joint effort by party, government, military, police, and civilians. National Committee on Border and Coastal Defense has asked Guangdong Provincial Coastal Defense Commission to accelerate the development of a demonstration model of proposed "smart border" and "smart coastal defense system" being built in Guangdong province. Increased informatization efforts have resulted in the construction of thousands of monitoring stations and centers along with video surveillance. The Deputy Director of the Border Defense Bureau of the National Defense Mobilization Department of the Military Commission, informing that China has built more than 30,000 km of frontier and coastal defense roads. These roads are equipped with blocking facilities and video surveillance. They also have constructed a basic "three-in-one" management and control system for - civil air defense, physical defense, and technical defense. The article also reports that an opinion document on the construction of smart borders and coastal systems and technical standards for the same will soon be issued under the 14th Five-Year Plan.

Building smart border and coastal defense has achieved mixed results. While some areas like network communication and data integration have shown good results, but confidential and secure communication is yet to be achieved. A rough overview of one such pilot smart system at the Southern Theatre Command which has an information management and control system. This system integrates voice, video, data transmission with some other advanced functions of command and control known as "electronic sentry". The Guanxi border systems being strengthened using the joint military-civilian efforts. This system has been used to detect illegal activities like smuggling.

Combining Linear and Non-Linear Warfare techniques in "intelligent" warfare. The first battle is often decisive. Hence, it is important to play smart wars and seize the initiative in future wars. This is to be done by studying and exploring the ingenious combination of linear and non-linear combat to pre-emptively shape the situation, carefully lay out the battle situation, timely create a turning point, and effectively break the situation and control the situation. The focus of such combat system will be on paralyzing the enemy, attacking mind and controlling information, and multi-domain mixed action. Focusing on practical applications of the linear and non-linear operations such that the resultant combat system is a combination of a "machine + human + network" intelligent system. Emphasizing on cross-domain linkages to focus on precision and flexibility, achieving small gains, using intelligent unmanned swarms to implement multi-domain high-mobility distributed strikes against rapidly changing battlefield situations and different combat objectives. The importance of a flexible system that adapts to changing times and situations since intelligent warfare is never static. Rather than carrying out actual attacks, the emphasis is on actions like the surprise attacks on the central battle station and quick battles needing quick decision making.

To emphasize important considerations for building future battlefields. They argue that the future battlefield will be a multi-dimensional field that will be carried out simultaneously in multiple domains such as the physical domain, information domain, and cognitive domain. They advocate the multi-dimensional deployment of battlefields (land, sea, and air) and the design of a joint combat battlefield system. Using advanced technology and a digital battlefield information chain, a holographic and transparent battlefield should be created. This battlefield information chain can be realized by integrating command, control, and communication units. Next, the design of these battlefields must be according to how battles are fought and according to combat styles. This involves integrating battlefield construction with national security strategy needs and strategic military requirements, following the technical and tactical standards of weapons and equipment, linking military requirements and battlefield construction tasks, implement combat mission requirements, etc. However, to argue that the ultimate goal of battlefield construction is to serve the needs of actual warfare. Hence given that the future battlefield will be smart and unmanned, it is crucial to ensure that each system is tested for being combat-ready. Hence, formulation of standards, planning, quality supervision, connecting supporting facilities, etc. is very important. The goal is to build practical technologies, not flashy applications. Finally, developing an economy that can sustain and support the development of such advanced systems is important. Infrastructure and warehousing, logistics, drones, and other industry systems in the future battlefield will promote the construction of a full-dimensional and multi-functional informatized battlefield that is compatible with national development. If this seems familiar or like a video game, you are not far off. The future battlefields will mirror the look and technology, with Hypersonic weapons traveling faster than the ability to calculate. Hypersonic weapons, of course, can travel up to five-times the speed of sound to destroy or overwhelm targets and defenses much faster than they can respond, bringing new risks to carriers, armored columns and even heavily defended fixed command and control buildings.

Chinese People’s Liberation Army scientists have proposed an artificial intelligence (AI) system that can increase the accuracy of hypersonic weapons by 10 times, given that control is taken out of human hands and given to a machine. The PLA scientists have published their findings in the peer-reviewed journal Systems Engineering and Electronics.  A study by the PLA Rocket Force University of Engineering (RFUE) showed that AI-based system could keep a hypersonic weapon on course with an accuracy of about 10 meters (32 feet). Statements have been made that Chinese scientists have used AI to address other aspects of hypersonic flight, including engine control and communication, but the civilian aspects of this technology are still a challenge. Chinese scientists are claiming a breakthrough with a new generation of long-range, potentially intercontinental hypersonic weapons. Allegedly now has a newly-developed scramjet that was able to run continuously for 600 seconds in a ground test

RFUE was placed in a high-risk category by the ASPI's International Cyber Policy Center for its involvement in China's missile program. According to ASPI, scientists from RFUE have collaborated with researchers from several countries and produced over 100 papers on flight control and hypersonic missiles.

While it may not be clear if this claim has been independently or separately verified, it does raise new threat dimensions for U.S. missile defense which is currently refining new technical methods of countering or destroying incoming hypersonic attacks. Unlike a shorter range boost-glide hypersonic weapon, which uses a large rocket to propel a kill vehicle up along the boundary of the earth’s atmosphere before using its speed of descent to destroy a target with pure kinetic energy, a scramjet can utilize a smaller and longer-range form factor. The experts describing its shape as “stealthier.” Furthermore, a supersonic combustion scramjet benefits from what is described as a “constant thrust,” giving it greater range and lethal trajectory.

The stagnation in development and innovation causes the military to lose its edge in combat effectiveness. This stagnation can be due to a decline in strategic thinking, military culture, insufficient or irregular education and training, etc. Another important factor is the lack of scientific innovation. It is being argued that to win a war, it is important to be the first one to use the latest scientific and technological achievements in the military field. To keep winning, it is necessary to reform and innovate and not use outdated technology.

The state media rarely holds back in praising Beijing's efforts to modernize the military, but they are also vigilant about the drawbacks of intelligent systems. The pros and cons of using computers and data for decision-making and emphasizes that humans still play a leading role in decision-making on the battlefield. The argument also cautions users to not rely on intelligent systems blindly.

It is very likely to find system loopholes and lead to system misjudgments. Therefore, despite the introduction of intelligent auxiliary means, people are still the dominant factor in command and decision-making.

The battlefield in the future will change rapidly, and no matter how clever the algorithm is, it is impossible to predict the whole situation, and there will be some shortcomings and defects that are difficult to avoid.

Introduction to AI for Software Testers | Test Automation in AI

DP-100T01 Designing and Implementing a Data Science Solution on Azure

The Machine Learning Pipeline on AWS