In the Community: Solar Panels for Humanity 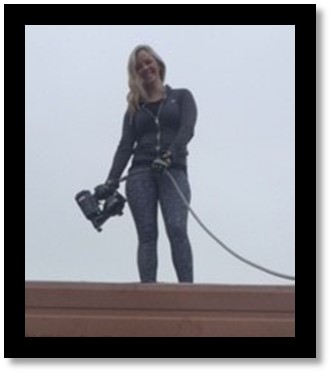 Recently, Sacramento’s Habitat for Humanity has added energy efficiency remodels to their services. On Friday, January 26th Amanda Meleski attended a build event for Habitat for Humanity. This project was done in partnership with SMUD and GRID Alternatives to provide solar panel installations for low-income residents.

Amanda explains that the homeowner was approved for new solar panels but his roof was too old for their installation, "so, to my own surprise, I got to help lay a new roof! Luckily I am not afraid of heights and I dove right in!" 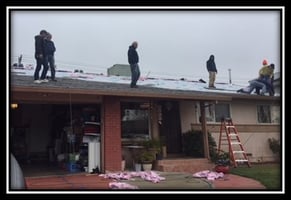 There were about 8 volunteers total, Amanda being the only girl and also the only person without a construction background. She thought to herself at first, “what did I get myself into?" The team was incredibly helpful getting her up to speed and they even put her charge of the nail gun to adhere half the titles to the roof as well as installing the ridgeline on the very top of the roof.

"I had such a rewarding experience learning a new trade (a roofer’s job is no joke!) and seeing the look on the homeowner’s face as he came outside and saw the finished project," says Amanda.

A couple bloody knees, a few band aids later and a sore back… Amanda expresses, "I would’ve done it all over again. I can’t wait to partner with them again."