This past weekend, Brian volunteered at Habitat for Humanity- ReStore in Park City, Utah.  He says he followed Jesse’s example of doing it while on vacation, which turned out really well. 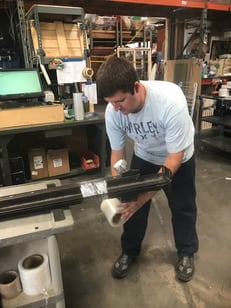 Brian mostly worked with Donovan from Jamaica, who performed in the ballet for 17 years, and Abby Hughes, who is a local Olympian who competed from 2004 to 2018 in the long jump. Although Brian has worked with Habitat for Humanity before, this was his first time in a ReStore.  He got to learn about their objectives. "There are a lot of older people in the area that have no money for home improvements, so ReStore helps them with repairs and remodels," Brian tells us.

"With proceeds, ReStore just purchased some property where they will be building 17 new homes in the next couple years, which is a pretty big deal for them, as they typically build 1-2 new homes per year." 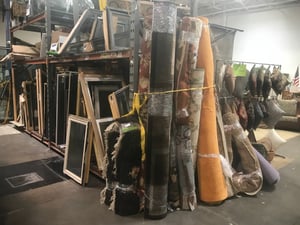 Brian was able to help take new donations (like paintings and furniture) and sort them, price them, and put them on the floor for sale.

He also helped load furniture and other heavy items into the customer’s vehicles.  There were also things to be organized that nobody else wanted to do, like carpet and bed frames.  The ReStore was happy to have him there. Brian says thanks for the great experience!