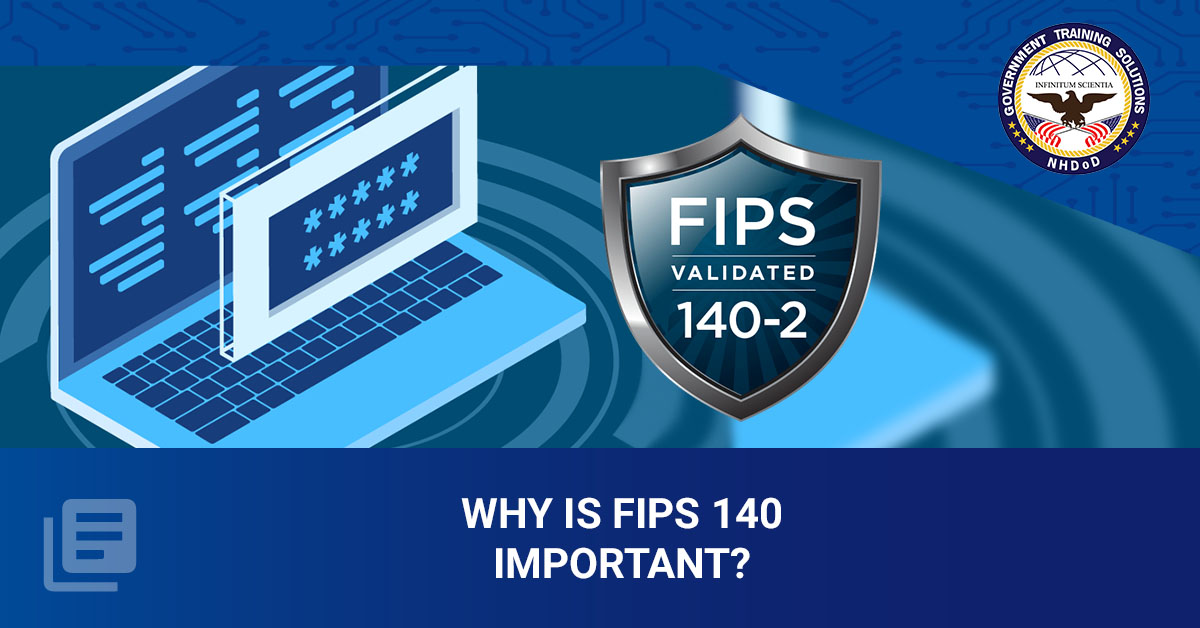 Federal agencies purchasing cryptographic-based security systems must confirm an associated FIPS 140-2 certificate exists. This procurement “check-box” item is a deal-breaker. Vendor claims of “designed for FIPS” or “FIPS ready” are not sufficient to pass this hurdle. There is an advantage in selecting a product with a FIPS 140-2 certificate over a solution that has not undergone the rigorous approval process.

No FIPS certificate = No sale

The Federal Information Processing Standard (FIPS) 140-2 is a U.S. government standard that defines minimum security requirements for cryptographic modules in information technology products and systems. Testing against the FIPS 140-2 standard is maintained by the Cryptographic Module Validation Program (CMVP), a joint effort between the U.S. National Institute of Standards and Technology (NIST) and the Canadian Centre for Cyber Security, a branch of the Communications Security Establishment (CSE) of Canada.

The current version of the standard, FIPS 140-2, has security requirements covering 11 areas related to the design and implementation of a cryptographic module. Each module has its own security policy — a precise specification of the security rules under which it operates — and employs approved cryptographic algorithms, cryptographic key management, and authentication techniques. For each area, a cryptographic module receives a security level rating 1 to 4 (from lowest to highest) depending on the requirements met. Validation against the FIPS 140-2 standard is required for all U.S. federal government agencies that use cryptography-based security systems — hardware, firmware, software, or a combination — to protect sensitive but unclassified information stored digitally. NIST publishes a searchable list of vendors and their cryptographic modules validated for FIPS 140-2.

Innovation in Next Generation Encryption

Cisco Global Certification and Common Security Modules have been implemented as an innovative approach to expedite FIPS certifications. They developed a crypto module that is already FIPS-validated and can be embedded in Cisco products. Because the crypto module is already FIPS-validated, the Cisco product can claim compliance to FIPS 140. The compliance process verifies that the Cisco product has implemented cryptography according to standards and all applications that use cryptography do so correctly. These solutions include, but are not limited to:

These solutions include, but are not limited to:

The certified modules retain FIPS 140-2 certification on these hardware configurations:

Federal Information Processing Standards (FIPS) 140-2 is a mandatory standard for the protection of sensitive or valuable data within Federal systems. FIPS 140-3 is an incremental advancement of FIPS 140-2, which now standardizes on the ISO 19790:2012 and ISO 24759:2017 specifications. Historically, ISO 19790 was based on FIPS 140-2, but has continued to advance since that time. FIPS 140-3 will now point back to ISO 19790 for security requirements. Keeping FIPS 140-3 as a separate standard will still allow NIST to mandate additional requirements on top of what the ISO standard contains when needed.

Among the changes for FIPS 140-3 are conditional algorithm self-tests, where the algorithm self-tests are only performed if used. The pre-operational self-test is now faster, as all the algorithms are not tested until needed. This helps with startup times as the public key self-testing can be time consuming. The “self-tests” can be run at appropriate times for your application startup. Also, there is additional testing of the DRBG entropy sources. WolfSSL is working hard with our lab to make WolfCrypt be the first cryptography library to have FIPS 140-3 validation. WolfCrypt has been listed on the CMVP IUT List for FIPS 140-3! They are currently working with our testing lab to get validated as quickly as possible with the new FIPS standard from the NIST. WolfSSL is the first software library on the FIPS 140-3 IUT list for embedded development.