Rhett was born and raised in Long Beach, California. During college and for a few years following, he worked as a Cast Member at Disneyland. His initial career path was public education, and he worked for a dozen years as a Math teacher and ran a small computer lab. In the mid-nineties, New Horizons hired Rhett on as a computer trainer. One thing led to another, and by 1998, he was doing IT work outside of New Horizons, but still instructing as well. In 2010, New Horizons Learning Group hired him as a full-time instructor. Read his full story...

Back in 2000, I worked on a networking project that included implementing some Cisco devices. At that time Cisco was, effectively, the industry standard in the world of networking. The knowledge I gained on that project led me to earning my CCNA, which became the springboard for my 20+ years as a Cisco instructor. The most valuable thing I gained from my work on the project and becoming a CCNA was a solid understanding of how networking really worked. Cisco emphasized fundamental network understanding as part of their CCNA-level certifications back then, and they still have that same emphasis and focus today.

I continued to work on various IT projects throughout the decade of the 2000s while doing “gray market” Cisco instructing, too. In 2010, I was given the opportunity to join the instructing team at the New Horizons Learning Group (know as New Horizons of Southern California at the time). Very soon after getting hired I successfully passed the Cisco Instructor Certification Program (ICP), which made me an “official” certified Cisco instructor.

At the time, the ICP was a three-day event—Day 1 was lab-based practice with a de-brief, Day 2 was a Module (Chapter) instructor presentation, and Day 3 was an 8-hour lab practicum/exam. The lab practicum is still to this day one of the most challenging things I have ever done in the IT world. I started with basically nothing—no network diagram or details about what the lab network looked like. In those eight hours, I had to discover the Cisco devices, configure them per an extensive set of requirements, and troubleshoot problems in the network.

I systematically worked through the lab requirements and had no issues until towards the end of the allotted time. When I did my initial verification check, nothing worked—even though I thought I had configured everything correctly. It turned out that I had missed one (obviously crucial) step during the configuration of my VLANs. It took a long time to figure out the issue—there was quite a bit of complexity in the implementation. And when I figured out the problem, I let out an audible “Yes!” which surprised me and the other candidates. But in the end, I ended up with a fully functional internetwork. I still recall the exhilaration I felt when I knew I had full connectivity and had, therefore, aced the lab practicum exam. It was especially helpful that I already had a solid foundation in networking provided by my (gray market) CCNA deliveries.

Today, I instruct in the areas of Linux, the Cloud, databases, and Cisco. I know I’m a better instructor in those non-Cisco deliveries because of my 20+ year experience with Cisco and networking. And to any student that asks, I always tell them it’s a great idea to get a solid understanding of networking by way of the Cisco CCNA. The fundamentals that are part of the class will be applicable to pretty much anything they do in the IT world. 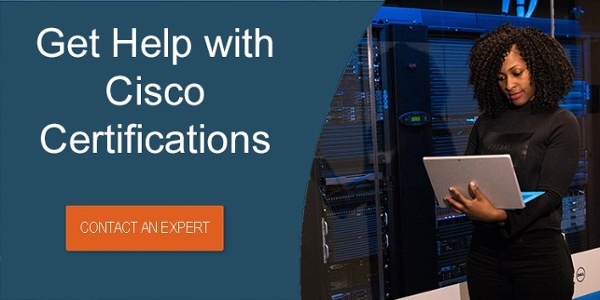 Other posts by Shelsey Salgado