The Future Of Wearables Is Bright But Uncertain

There have been few technologies with as much potential as wearable devices. More consumers than ever are focusing on the benefits of connected mobile gadgets, and wearables seem to be the next logical step in this trend. However, many people simply aren't sure as to what this innovation will do for consumers or the business sector.

Where this technology goes and what people end up doing with it will only come to fruition in time, but current predictions and industry patterns reveals that wearables certainly have their place in the future.

Both current figures and future expectations point toward the fact that these devices already have a devout following and that such success will most likely continue in the years to come. According to research from CCS Insight, the wearables market in 2015 was comprised of 84 million units sold. While that's certainly nothing to scoff at, CCS Insight believes this is only the beginning. The same report predicted that the 2019 wearables market would reach 245 million units, nearly tripling the 2015 numbers.

That's certainly an impressive amount of growth, but the truly extraordinary part of this prediction is just how much that 2019 wearables sector will be worth. CCS Insight predicted the market to reach $25 billion. Clearly, there's going to be a lot of money involved in this technology if all goes according to plan.

"Many industries have already begun to allocate a portion of their budgets toward wearables."

Although this market valuation from CCS Insight is still a few years away, many industries have already begun to allocate a portion of their budgets toward wearables. Multiple sectors have expressed interest in the technology, but health care seems to the one most prepared to put its money where its mouth is.

According to a study from Mercom Capital Group, around $1.4 billion in health IT venture capital was spent in Q1 2016. This amount went to everything from data analytics to telehealth services – more on that later – but by far the largest expenditure went toward wearables. The report stated that roughly $260 million was spent on this technology in the first quarter of 2016. That's an incredible amount that turned out to be more than the money spent on both mHealth apps and consumer health information/education combined.

The reason for this seems to be twofold: First, wearables are an unobtrusive way to collect data about a patient. In past years, tracking a patient's heart rate or sleep patterns required a lot of monitoring devices as well as some sort of trained technician to set it all up and interpret the information. As the technological complexity of wearables continues, physicians are essentially able to do more with less. A device the size of a watch can track a cardiac patient's heart rate at all times, without affecting what they do on a regular basis.

Continuing with this, the second reason wearables are growing in popularity within health care has to do with the fact that a patient's vitals can be tracked at home. Telehealth is becoming increasingly popular, especially among those living in rural communities. These services basically allow patients to see a doctor via a video chat. Physicians are often able to make a diagnosis based on a very short visual examination, and forcing someone who lives an 45 minutes from the nearest medical center to drive in for a 10 minute exam simply isn't logical.

While the constantly-improving clarity of video chat is certainly helping with this trend, wearables are being seen as yet another way for physicians to better diagnose patients from a distance. The idea is that a patient with hypertension living far away from a hospital could invest in a wearable that can track blood pressure, such as those reported on by Wearable Technologies contributor Zuriñe Dopacio González. The patient would then be able to upload this data to his primary care provider, essentially getting round-the-clock monitoring without much disruption to his way of life.

Of course, such developments are still a few years away. Regardless, it would appear that modern health care organizations are doing what they can to set themselves up for success by incorporating this technology into their current and future strategies.

Wearables need to be more than connected sensors

While this sending of health data to a trusted doctor could help provide better care, certain technology experts argue that it isn't enough. In fact, this group believes that wearables need to do the processing and analysis all on their own, without the need for transmitting the information to a third party. Wired contributor Scott Amyx explained his thoughts on the matter in an article on mistakes within the wearable industry.

Devices with such capabilities becoming commonplace would be absolutely revolutionary. In the example above about the hypertensive patient, having built-in analytical abilities could prove lifesaving. The person could be warned when their blood pressure was getting too high, and the device could even go so far as to notify medical professionals, loved ones and 911 in the event of a serious cardiac episode.

"In order to break through the glass ceiling, wearables need to be active participants."

Whether or not such a wearable gadget will ever be made remains to be seen, but moving in this direction could prove extremely fruitful. It's clear that in order to break through the glass ceiling, wearables need to be active participants in their owner's life rather than a passive tool slurping up data and storing it for later.

Application design and development has become an issue

Despite all of these bright predictions for the future, those currently working in the wearable field have hit a snag. As it stands, wearable app development has been slow-going. In fact, a study conducted by Kony found that 65 percent of developers and 69 percent of designers have found difficulty in creating apps for this platform, or at the very least expect such an issue in the next six months to a year.

While running into a brick wall such as this is disheartening, it certainly isn't surprising. Wearables and other connected devices are quite new on the scene, and many developers and designers really don't know what they are yet. In a sense, this challenge has to be there, if only to force researchers to overcome it and discover the true extent of this technology. By figuring out the special properties of these gadgets that make them so hard to develop, experts can begin to move into areas that were inaccessible by past devices.

The only way any of these predictions will come to fruition is if the challenge of wearable app development and design is overcome, which can only be met by highly-trained individuals with the skills and passion necessary to bring out the best in this technology. These devices certainly have their limits, mainly in terms of the size of the screen, but they also have quite a lot of benefits to offer both consumers and the enterprise market. 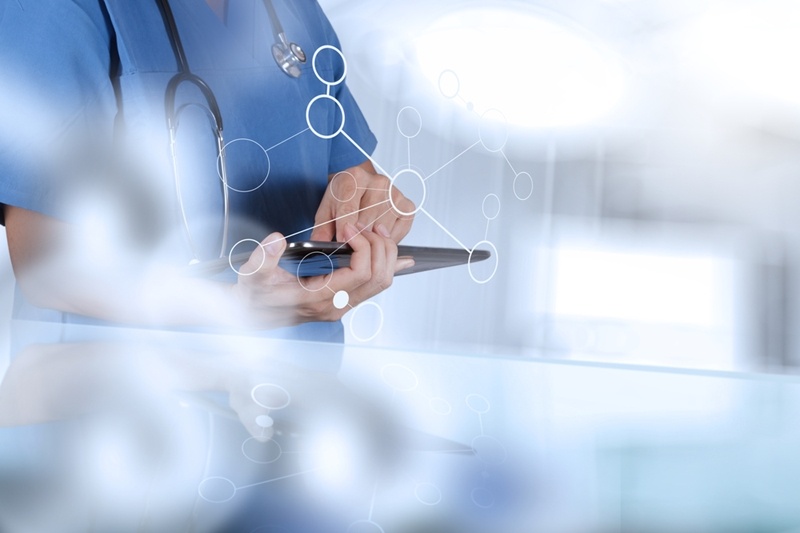