7 Categories to Consider Before Choosing a Cloud Provider

With so many features and services to consider, comparing these three cloud giants is complicated. Find out how Amazon Web Services (AWS), Microsoft Azure and Google Cloud IaaS and PaaS platforms stack up in this head-to-head comparison.

We’ll cover seven categories to consider before choosing a cloud provider for your business.

Comparing AWS Vs. Azure Vs. Google

Amazon Web Services, the oldest public cloud provider, has led the IaaS market since its inception in 2006. AWS boasts a larger global cloud network and service portfolio than any other cloud vendor.

Despite AWS’s dominance, Microsoft has gained fast traction under the “cloud first” strategy of CEO Satya Nadella. Microsoft Azure is an attractive cloud option for companies that already rely on a Microsoft-centric IT foundation.

Internet giant Google recently crept into the top three with its Google Cloud Platform (GCP). Google Cloud stands out thanks to its deep investments in analytics and machine learning. 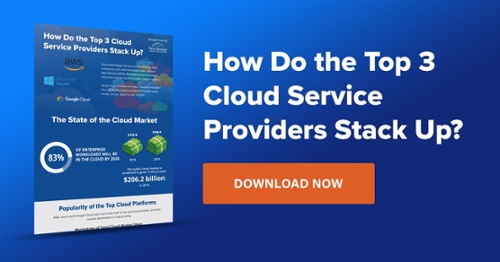 Choosing the right cloud provider comes down to your business needs, wants and workloads.

AWS has been around nearly twice as long as its competitors and offers the most depth of services. Amazon’s 140 cloud services cover all the necessary bases, from compute, storage and networking to developer and management tools.

Azure’s services are largely on par with AWS. Google Cloud offers fewer cloud services than its competitors in the security and DevOps categories but pulls ahead in machine learning and analytics.

All three providers also take open approaches to partnerships and allow customers to run external apps and services in their cloud environments. For example, Google has established partnerships with vendors like SAP, Pivotal and Rackspace. 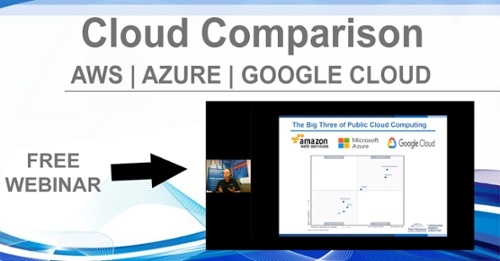 Building and running your organization starts with compute. Choosing the right compute services will allow you to efficiently develop, deploy, run and scale your applications and workloads.

Azure’s compute services are centered around Azure Virtual Machines, which enable you to provision Linux and Windows VMs in seconds. Other Azure tools such as Functions, Cloud Services and App Services help you quickly create and deploy applications on the cloud.

A high-profile customer base shouldn’t be your main reason to choose a cloud provider, but it can help you understand how the public cloud is benefitting others in your industry.

Google found its niche with smaller, cloud-native startups, but they have also taken on more big-name companies in recent years, including 20th Century Fox, Target and PayPal.

Many of these large companies use a multi-cloud approach to maximize the best services from different cloud providers. For example, enterprises may prefer Google Cloud for its analytics and ML capabilities but partner with AWS or Azure for large-scale compute needs.

Many companies put off cloud migration because they rely on legacy applications. Not all companies have the resources to create new apps for the cloud environment. If you rely on legacy apps or prefer to keep sensitive data in onsite data centers, choose a cloud provider with strong hybrid cloud capabilities.

Amazon has historically dismissed the benefits of on-premises applications, but recently started making a greater effort to improve hybrid cloud support. AWS maintains partnerships with on-premises platform providers like VMware, Intel and SAP, allowing you to run your existing enterprise applications on AWS.

Azure offers the best support and capabilities for hybrid clouds. It provides all the tools you need to develop modern apps, unify DevOps, streamline identity management and integrate security in hybrid environments.

Google is the most recent cloud vendor to introduce hybrid cloud capabilities. Google’s new Cloud Services Platform offers an integrated set of cloud services that can be deployed on Google Cloud and in on-premises environments.

One of the most significant advantages of cloud computing is the simplicity of deploying applications.

Microsoft has used its extensive knowledge of developer tools to gain the competitive edge for hosting cloud applications. Azure has a broad selection of app deployment and hosting options for developers.

Google Cloud enables developers to build and deploy apps on its Google App Engine platform, but it offers fewer PaaS capabilities than AWS and Azure. 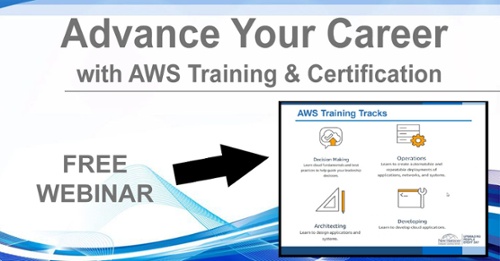 Open source software (OSS) is one of Google Cloud’s key differentiators. Google has created over 2,000 open source projects in the last decade and become one of the largest contributors to OSS.

Microsoft is also embracing open source technologies. It recently open-sourced the .NET Framework, and the new .NET Core runs on Windows, MacOS and Linux. About half of Azure VMs are running Linux, according to Microsoft.

For example, Google offers one-year and three-year committed use discounts. Azure lets you save up to 72 percent when you sign up for a one-year or three-year term on Windows or Linux virtual machines. AWS also offers steep discounts when you make upfront payments for Reserved Instances.

All three vendors offer free introductory tiers to allow customers to try before they buy. They also offer credits to coax innovative startups onto their platforms.

No matter which cloud provider you choose, having the right cloud skills under your belt is essential. Configuring, implementing and maintaining an efficient cloud environment requires advanced technical expertise.